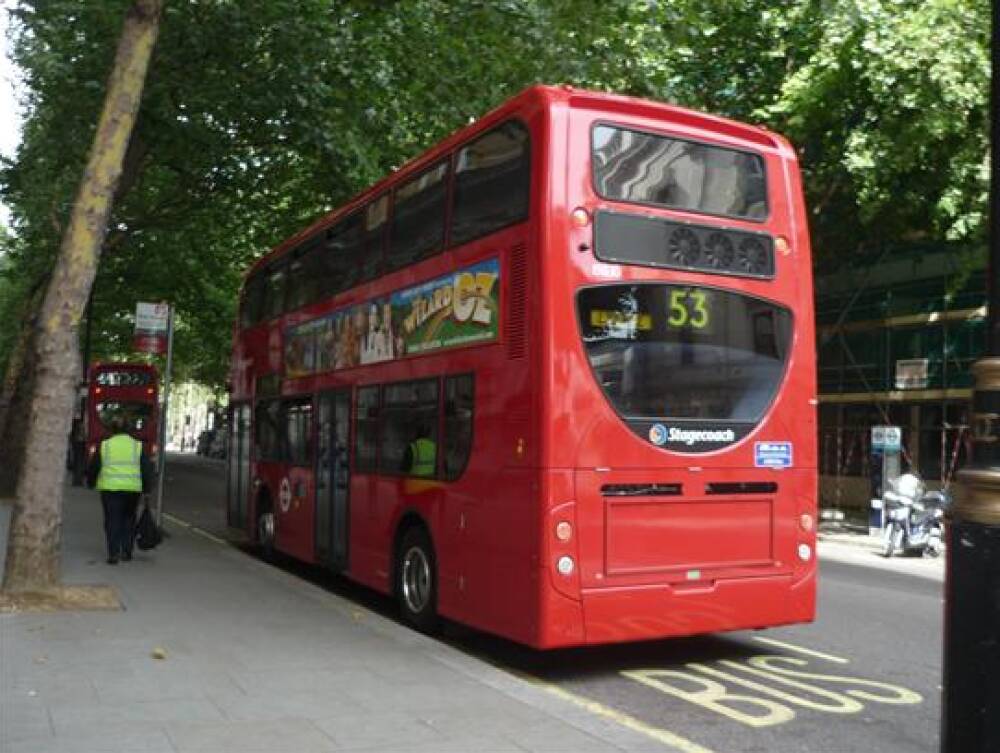 Every year the school I’m attending gives its students the opportunity to speak in English, “train their ears” and to listen to a foreign language spending a “week holiday” in England.

It was a brilliant idea because according to me it’s important for the future of the students like me to know different languages in particular for our future jobs, in fact nowadays it’s important to have lots of contacts with other countries.

So, this year this opportunity has been given also to my class and thirteen students decided to try this unusual experience; me too!

Certainly our English isn’t perfect, so only thinking to speak in English with new teachers and with people at the bars and restaurants scared us.

I said “teachers” because there, we had to go also to the college in the morning! A college for foreign students who want to improve their English, and I must say that they were very good at teaching. 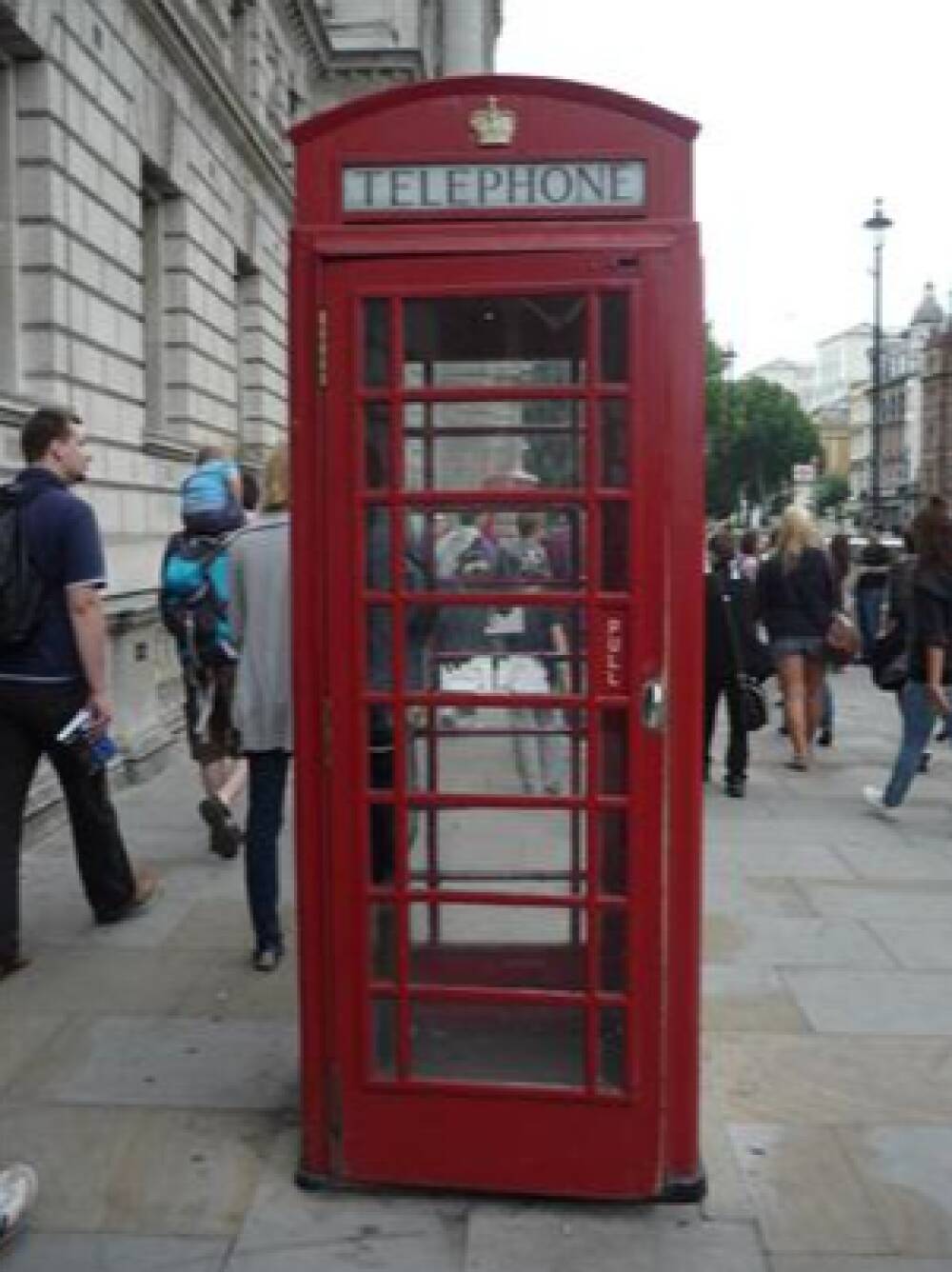 I thought I wasn’t able to speak in front of other people but the teachers didn’t make you afraid of that.

Anyway I haven’t said everything yet; we hadn’t to stay in a hotel, but in family houses!

Each family could accommodate two or three students.

My friend Evelina and I stayed by Mr and Mrs White, a very welcoming family with three grown up children and an adorable white labrador called Helfy.

The house was quite small but very cosy, confortable and, above all, very tidy and clean.

Going back to the departure day, we left by plane from Treviso airport on the 17th March 2012 at 3 p.m. and arrived in London Stansted at 4 p.m. (local time).

We were excited and happy to start this fantastic adventure. For some students it was also their very first flight.

Luckily we had a good journey and a wonderful view from the plane as the weather was clear. We flew over the amazing Alps and through the white fluffy clouds before landing. In fact we left Italy with a warm and sunny day and arrived in London and found cold and rainy weather! We imagined it! Anyway we were then surprised to have nice weather for the rest of the week.

Once landed in London it took us other two hours by coach to arrive in Broadstairs, the town where we stayed.

The first strange thing that impressed us was driving on the left hand side of the road!

It seemed as if we were about to crash against the cars arriving from the opposite direction! 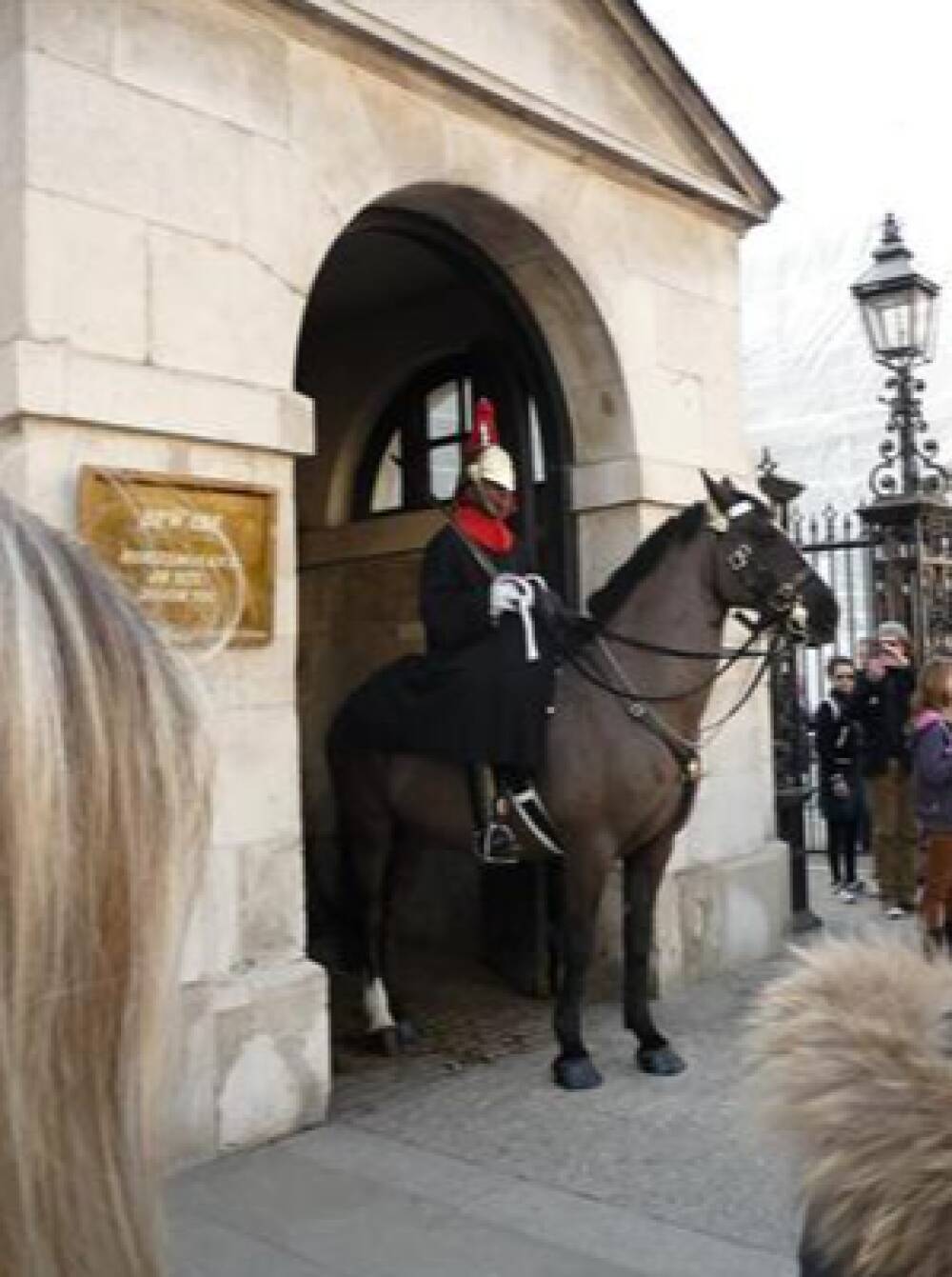 When we arrived in Broadstairs we waited in Hilderstone’s College Hall for the host families to meet and bring us to their homes.

Evelina and I brought to “our” family a gift: Montasio cheese and books: two about Venice and one on our region Veneto written in English, of course!

They were very pleased surprised. We were accommodated in their fabulous lounge with elegant white furniture and brown carpet.

In most of the rooms there was carpet on the floor!

Mr White served dinner. We had white plain uncooked rice, beans and chilly meat. We immediately tried the different taste between our Italian food and their English food.

I usually eat a lot at home, but there I didn’t like their food so I wasn’t so hungry!

After dinner we usually enjoyed talking for a while with the family in the sitting room about the cities that Mr and Mrs White visited in Italy or about our Italian school. We were almost afraid to walk into the sitting room because the carpet was sparkling white! Our bedroom was very nice with two beds, a wardrobe, a tv and also an aquarium with lots of small different species of fish and a very little, cute and sweet turtle! Here in Italy we usually wake up by a cockcrow, instead there we were woken up by lots of seagulls crow which punctually flew in the morning among the houses outside the windows!

At 6.30 a.m. breakfast was ready in the lounge. It was the best meal of the day! There were cornflakes, toasted bread, jam, yogurt, milk and orange juice. Wow!

The first day was Sunday and see as we hadn’t lessons at College, we went for an excursion to London. We saw the attractive “London Eye”, the biggest panoramic wheel of England, we walked over the bridge on Thames River, the enormous “Houses of the Parliament” with its famous “Big Ben”.

Then walked through the city admiring churches, statues and visited the beautiful “Hyde Park” where lots of little squirrels were waiting for the people to throw some bread; they were vefunny!

In the park there were also lots of ducks and birds. We were lucky to be there in spring time because there were lots of colourful flowers bloomed, in particular many yellow narcissus. Fantastic!

After having had our packed lunch we went to “Buckingham Palace” but unfortunately we didn’t see the Queen’s guard change.

We walked around “Trafalgar Square” and Evelina and I took a photo on the famous statue of the Lion!

Then we went to “Hard Rock Cafe” where most of us bought T-shirts. By the end of the day we were all exhausted.

On Monday morning we started our lessons at the Hilderstone College.

The lessons was very interesting and the teachers were all very kind and funny with us!

In the afternoon we went for an orientation tour around the local area. This town has a beautiful view of the sea with its dock.

The sun was shining but there was a very cold wind blowing but some English people were anyway sunbathing! They were crazy!

We had lessons for other four mornings and two afternoons. In the evening we always used to go for a walk with our friends to the centre of the town and sometimes we ate “kebab” or “fish and chips”. Even if there wasn’t so much people around we had a good time together!

For three evenings we also went to the College to do some activities as karaoke and quiz.

On Wednesday we went again to London. We spent the day window shopping, buying souvenirs and clothes in Oxford Street, the longest road of all kind of shops, and at “Harrods”! Here I bought two key rings, a bag and a wallet for my mummy. We also ate at Mc Donalds and then Gianluca A., Gianluca S., Giovanni, Riccardo and I took the underground and we arrived at “Stamford Bridge”, the stadium of “Chelsea Football Team”! We were so, so excited!

On Friday we had a trip to Canterbury where we could visit the world-famous cathedral, look around the museums and still have time for shopping. In the evening we had to pack our bags and finish to write the cards for our relatives and friends in Italy.

On Saturday morning the 24th at 7 o’clock we thanked and greeted our kind host family and left by coach for London Stansted airport. The flight was at 11.40 a.m. and we arrived in Treviso airport at 2.35 p.m. (local time). Then it took us other two hours by coach to get back home.

We were sorry that this lovely experience had already ended but we’ll surely remember it forever and ever.

Three month ago we went a week to England.

Later we met our host-family and we went to home to relax our-self because we were very tired.

In that week we visited London twice, on Sunday and on Wednesday. The first time we visited the most important monuments of the city like Big Ben, Westminster Cathedral, London Eye, Tower Bridge, National Gallery, Piccadilly Circus, Coven Garden, Buckingham Palace and its park and House of First Minister.

While Wednesday we went to do shopping to Harrods for an hour and in the afternoon we did shopping and we visited Camden Town. On Monday, Tuesday, Thursday and Friday we went to school at Hilderstone College where we met a nice teacher.

In the afternoon we visited Broadstairs and Canterbury where we could buy souvenirs. All the evening we had different activities at school and after that we stayed out all together.

During the week we had the possibility to taste the typical food like fish and chips and bacon and eggs. It was a beautiful week because we enjoyed a lot and we have known a lot of new people.

WE HOPE TO DO AGAIN THIS EXPERIENCE!!!

On the 17th March I went to England by plane. I went there to improve my English and try new experiences.

We arrived at the airport in London at about 4:30 pm and then we went to Broadstairs by bus. The travel from London to Broadstairs was really boring!

When we arrived it was raining but the next days it was sunny.

We arrived in Broadstairs at about 7:00 pm and we went with our families at home. My family was Shaughnessy, a really nice family.

In the house there were three German girls and two Italian girls, we were a big family. The next day we went to London!! 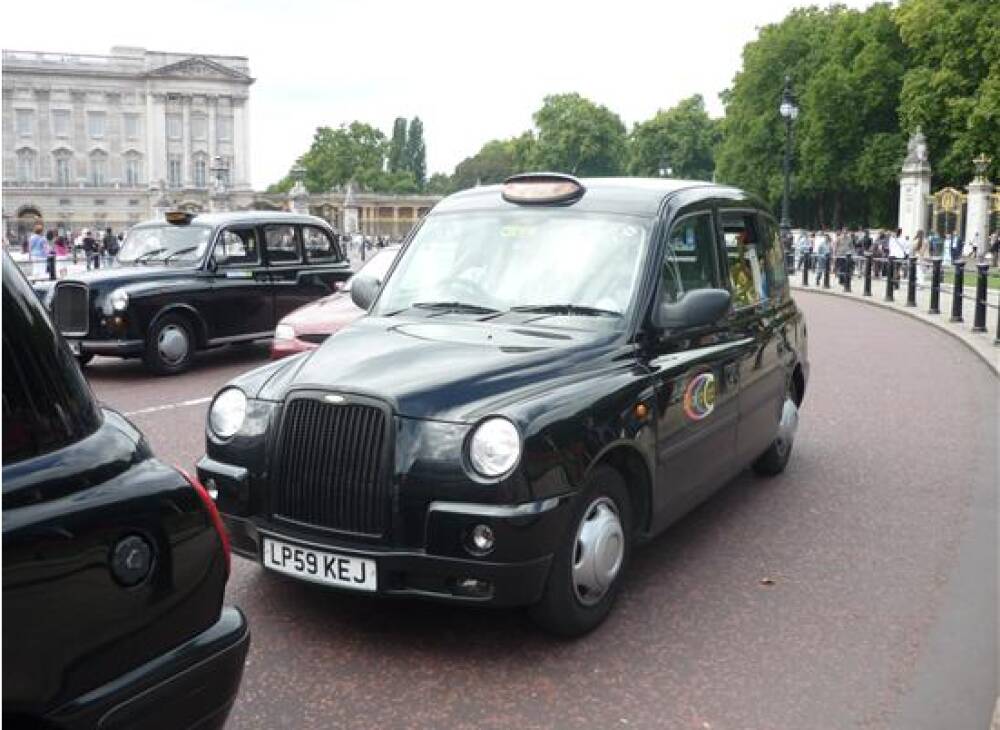 The weather was sunny and we were really excited to go to London. We went by bus and I’ve seen a lot of beautiful spots, the typical houses, the green spaces and the buildings. With us there was Jonathan, teacher of the Hilderstone College.

We visited London with him and David, his brother. We saw the Big Ben, the London Eye, the Parliament, the Tower of London, Buckingham Palace and then we went to Hard Rock Café. We got back home at 8:00 pm, we ate and we went to bed because we were really tired.

On Monday we got up at 7:00 am and we went to school by car at 9:00 pm. The teachers presented the school to us and then we went to the class with Deborah. Deborah was our teacher, she was really nice, intelligent, quite, patient and she helped us when we made a mistake.

In the afternoon we went to Rammsgate, Harbour Wave and Margate. They are a really beautiful and quite places near Broadstairs. We saw the sea and the harbour. The next day we went to school up to 4:00 p, and then Katia and I visited Broadstairs. On Wednesday we went again to London, but we went shopping.

We arrived in London at about 11:00 am and we went to Harrods. There I bought the bags and a lot of presents for my parents. In the afternoon we went to Oxford Street where I bought t-shirts or something for me and my parents. We left London at 6:00 pm and we arrived at Broadstairs at 8:00 pm, I ate, I had a shower and I went to bed because I was tired but happy. London is fantastic because there are a lot of monuments, shops and it’s different, the people are really nice and there are a lot of parks. But it’s polluted.

The other days I went to school and in the evening we went again to school for other activities: karaoke, games… Unfortunately Saturday was coming in a second and we had to come back.

I really enjoyed myself, I think I improved my English.

It was a great experience!